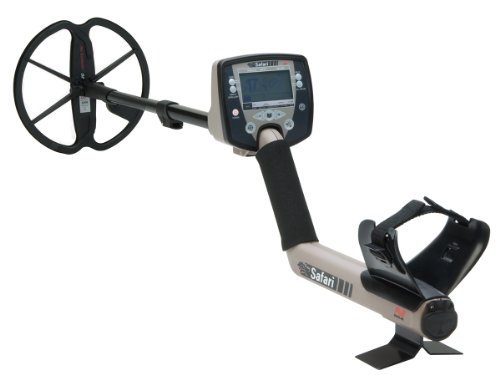 Whatever your reason is for taking up metal detecting you may have a few doubts about whether or not there is anything worthwhile left to find out there. Well worry not, you only have to flick through the pages of any of the metal detecting magazines or look up recent finds on the internet to know that there is still an abundance of things left to find out there. Chances are there is more to find that we will ever discover but that doesn’t mean that there is an infinite number of items hidden in the ground and many of the heavily detected sites do have a tendency to “dry up” after years of being searched over and over again.

Soil conditions in the area do play a large part in finding lost items such as coins, jewellery and buttons and thanks to poor weather conditions and changes in the local environment more often than not a find can be missed completely only to resurface many years later.

That is why it is a good idea to become familiar with a range of different soil types and environmental factors that may affect the area you are searching in. Familiarising yourself with the soil types of your local area or of the area you are thinking of searching should enable you to spot both geological and settlement based variations in the land. Also, areas that are prone to flooding can suddenly become hotspots for finds as the top layer of soil is washed away during these events and thus exposing previously hidden items.

The fertile rich dark valley soils are a common place were settlements would have been founded thousands of years ago because the soil was good for crops and it also made for easier ploughing. Heavy hill tops where clay is usually found was not a prime choice for settlements as it has only ben in the last few hundred years that machinery has been developed that is able to cope with ploughing this heavy type of soil.

However there has always been exceptions to this rule and there have been at least three Roman sites situated on heavy clay hills. This leads us to believe that the farming activities of these sites were conducted some distance away and to a high degree these were residential and storage areas of the settlements. In relation to soil types, Ordnance Survey produce a series of maps that show geological distribution over the UK these are immensely useful, if you have discovered a settlement on a certain soil type you can use these maps to study the extent of that soil variety and may find further settlements within the local area. This works particularly well with Roman farmsteads, as these moved around frequently due to the ignorance of soil nutrient exhaustion caused by crop growth.

Another reason why finds are still coming up regularly is due to the sheer advancements that have been made in the metal detectors design and the introduction of microprocessor technology has simply revolutionised the way metal detectors work. In the early years of metal detecting the device would have simply had an on/off switch and a tuning knob. But by the mid 1970’s some “top-of-the-range” models started to come with extra knobs that would allow the user to control both ground effect and discrimination and this made it easier to distinguish ferrous from non-ferrous metals. Meaning magnetic and non-magnetic metals.

If you were to compare the earlier models to what is available today you will  see a drastic and significant difference, not only in the design but the sheer level of technology that now goes into them. There are still many basic entry level metal detectors available and these are usually aimed at younger participants and those who are just starting out and don’t want to spend a lot to begin with. 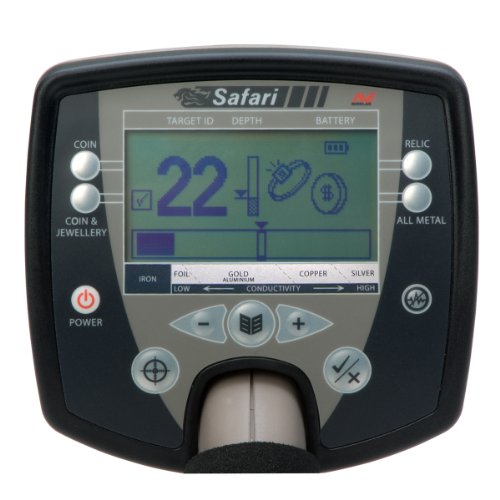 Another reason why there is much more to find out there is because there are still hundreds of thousands of acres of land that haven’t been search. Many individuals and some clubs tend to stick to known sites and will go over them many times to ensure they have filly combed the land beneath their feet and it would be almost impossible to try and guesstimate just how much material has already been recovered and just how much could still be left out there waiting to be found.

But it is still safe to say that more finds remain to be found in the untouched lands of Britain and across the rest of the world. There have been some remarkable improvements in the technology and overall design metal detectors in recent years and some of these have increased depth seeking capabilities to some extent. However, for most metal detectorists the simple fact that there is bound to be an unbelievable amount of ancient artefacts and treasures buried beneath their feet that they are never going to find simply due to the sheer death they are at. For now they remain hidden but who know what the next 30 years of technological advancements will bring to this field.

Now on to the model we are reviewing today to see what features it has and why you should put this on your next Christmas wish list.

The safari Hobby Universal metal detector is made by Minelab.

Minelab has become one of the world leaders in providing a range of metal detecting technologies for consumer use, humanitarian demining, and military needs. Through their drive to continually research and improve the development and design of their products Minelab has managed to secure itself a spot as one of the worlds top manufacturers of hand held metal detector products.

Over the past 30 years, Minelab has introduced more innovative and practical technology than any of its competitors and as a result of this they have managed to take the metal detecting industry to higher levels of superiority and innovation.

They now have a number of manufacturing, distribution and customer service operations across the world such as Australia, Europe, the Middle East, Asia and the United States of America. Minelab has an extensive network of authorised dealers in every country that are able to give you the best and the most up to date knowledge of the products and techniques needed that will help you to improve your success rate in the field.

A brief history of Minelab

As you can see they may have only been in operation since the mid 1980’s but they have done a lot of growing in that time and the wealth of knowledge and experience has made them a powerful player in this field of expertise. There are three categories within their metal detecting products:

The Safari model comes under the heading of Treasure Detector and is one of 12 models in this range. This model is powered by Minelab’s Full Band Spectrum (FBS) multiple frequency technology, the Safari combines deep, sensitive and accurate detecting for anyone demanding both simplicity and performance. The Safari detector uses advanced digital filtering to eliminate the influence of ground signals automatically so you can experience easy, seamless detecting whatever the field conditions.

The key features of this model are as follows:

The specification of this model are as follows:

This is a great all round metal detector that will be your new best friend when you go out hunting.

The Safari Hobby Universal metal detector is a wonderful option, all manner of hidden treasures are now within reach thanks to the Safari’s technology and it is an easy to use mid-level coin and treasure detector that has enhanced multi-frequency technology and discrimination. This unit offers a bridge between the single frequency models and the higher tech ones which are far more expensive and thus it is a great detector for high performance treasure hunting.