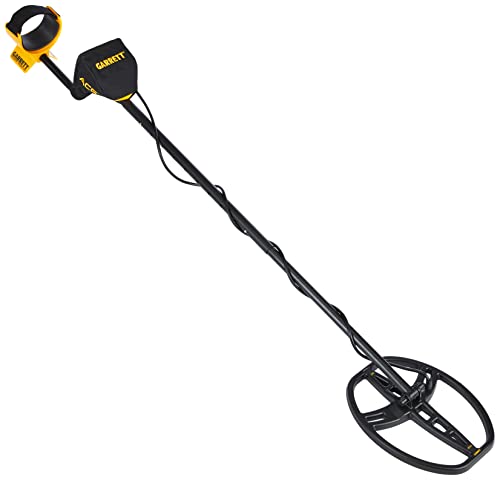 Until about 30 years ago the privilege and opportunity of being able to find and hold ancient artefacts was reserved for the lucky within that respected field. Archaeologists would normally have been the first to see and hold any object that came out of the ground and these finds would then have been forwarded on to museums, whose job it was to clean, conserve and record the artefacts before they were studied by experts and scholars. Only after all of this would a select few of these finds be put on display for the public to admire. This all changed however towards the end of the 1960s when a new technology began to become available to the public, this technology meant that important finds could now be done by the public and this was when the hobby of metal detecting had was born.

The early metal detectors were rather basic in their design, meaning not only was the basic design of them similar to a simple transistor radio attached to a stick with a small coil on the end but the actual abilities were also very basic. This is a far cry from the more technologically advanced pieces we see on the market today. However, during the 1970’s metal detector technology had leapt forward in its improvements and the models on the market were far superior to those that came before them. This was proven true by the sheer volume of amazing discoveries that began being made at that time, such as the Water Newton hoard and the Thetford hoard, these are just two examples of some of the astounding finds that were uncovered during those early years.

The popularity of this hobby grew and it became an increasingly popular pastime as the years went on. Visitors to the costal beaches soon became used to seeing the strange characters that could be seen pacing up and down the beach swinging their electronic devices around while in search of lost valuables.

The early “treasure hunters” who weren’t lucky enough to live near, or be able to access the coast were hardly at a disadvantaged though and they soon realised that the countryside around them held an even greater potential. This was thanks to the people that used to live on those lands hundreds of years ago, farmland is especially good for uncovering finds as this type of land is regularly turned over or ploughed which can help to pull up new and unusual finds year after year. Across Britain there had to be literally millions of acres of untouched farmland, that meant the land had never been detected on previously and this caused a massive surge general excitement in the metal detecting community. Museum cabinets soon began to fill up as more treasures were uncovered and many people began to see the hobby’s potential for locating finds and a way to possibly generate some additional money. In addition to this there were discoveries of many previously unrecorded and unknown types of coins and artefacts that provided and insight to the country’s past. 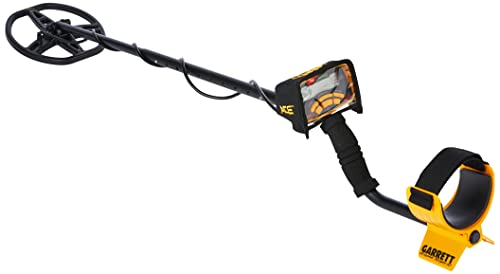 However, there were some people who were much less enthusiastic about this new hobby and some even wanted to try and get it banned.

Many within the archaeological community would regard metal detectorists as a threat, not only to the nation’s heritage but to the context in which finds were made which is just as important if not more so than the find in some cases. Campaigns were launched in a bid to have severe constraints imposed upon the use of metal detectors. Thankfully the rights of the public to go exploring in the countryside with metal detectors were upheld, and the Ancient Treasure Trove laws and the Code of Conduct were firmly emphasised to all users of metal detectors, this was an agreed compromise by all concerned.

Although some people still remain opposed within the archaeological community, the attitudes of the majority have definitely softened over years. They have come to realisation and understanding that co-operation with metal detectorists could bring far greater benefits than confrontation could and in many cases, resulted in good working relationships in some parts of the country.

A great example of this working in harmony with each other is one that dates back a few years now and it happened in Germany. The story goes like this:

‘Germanic tribesmen known as the Cherusci ambushed and killed the armies of a Roman general called Varus in 9 AD. Over 20,000 Roman troops and followers were dispatched during the attack. For many centuries, afterwards the site of this battle had been presumed to as being somewhere in the vicinity of the modern town of Bielefeld, which is close to the Tuetoberger Vald, although this has never been firmly established. However, a serving British Army officer using a metal detector in a nearby area unearthed shocking evidence of a major battle about 20 miles from the town itself. After excavations were carried out by archaeologists the site soon revealed many amazing relics and coins from the beginning of the 1st century AD. These included Roman cavalry mask and the amount of evidence of a battle in this area was overwhelming. It wasn’t long after that the experts realised that the army officer had actually located the true site of the battle and as such the history books had to be re-written.’

This is an example of how things get better when we work together, however there is also a flip side and many areological sites have been looted by detectorists over the years and this is why there is still some degree of tension between the two fields. Now onto the model we are reviewing today.

Garrett was founded by Charles and Eleanor Garrett in 1964, a husband and wife duo that shared a love for metal detecting. Their focus was on making the best metal detectors possible and then selling them at a reasonable cost. Since that time, Garrett has been dedicated to making sure that their customers are their number one priority and this is why the Garrett name has come to stand for more than just metal detection over the years,  it is also a philosophy for unrivalled customer service and satisfaction. They recognised early on that commitment and loyalty to their customer base would be their true source of success.

They learnt over the years that there is no ‘special price promise’ or special product feature that could replace a satisfied customer and they stand behind the idea to this very day. They firmly believe that one happy customer can be more valuable than the most elaborate advertising campaign.

Sadly, one of the co-founders of Garrett died back in 2015 but his legacy lives on with his company and his wife’s drive to continue to succeed. Charles Garrett was an inventor, an entrepreneur, a treasure hunter, a patriot, an author, a husband and father as well as a U.S. Navy veteran and graduate of Lamar University in Beaumont, Texas.

Dr. Garrett left an immeasurable mark on the metal detection industry and some of his early inventions pioneered the modern metal detector design and his security detectors were the first to protect the Olympic Games in 1984. The easy of use of his hobby products helped invite many thousands of newcomers to try out the once ‘nerdy’ sport of treasure hunting.

The Euro ACE is as you would expect from the name and international model which is not available inside of the United States of America. It has an easy to use control panel that lets you chose your level of sensitivity, the discrimination and the mode type. The key features of this model are:

As you can see from the impressive lists of features and specification this is an excellent piece of kit that end up being your one and only. The Garrett EuroACE is the entire package and it has everything you could possibly want or need in a metal detector and then some.