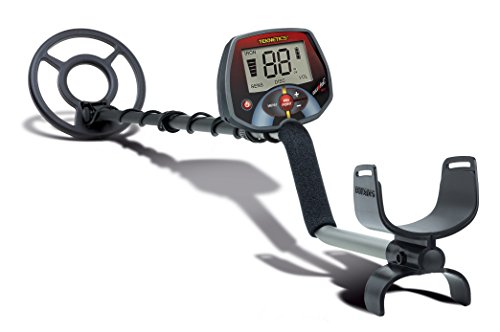 What are the Main Features of the Euro-Tek Pro Metal Detector? 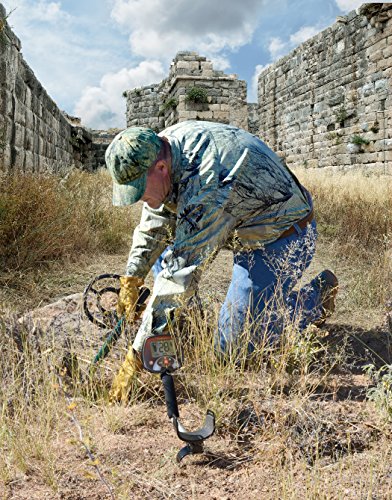 The exterior design of the Euro-Tek Pro is a bit underwhelming, there is a side of professionalism to it though. The frame is black with hints of silver poking through, we think the control panel is the redeeming colour for this metal detector.

What is the Euro-Tek Pro built to detect?

Teknetics have included the Euro-Tek Pro with a two digit target ID range, these go from 1-99. Here are what some of these ranges detect: 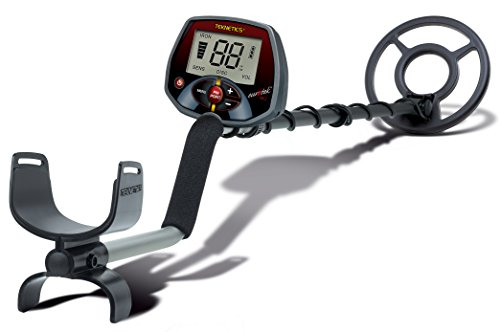 Accompanying these target ranges is a 3 tone audio ID system. The three settings are:

All these settings may seem on the face of it quite difficult to understand but you will get the hand of it as the manual and simple display will speed up the learning.

How deep can the Euro-Tek Pro Metal Detector detect?

Thankfully, Teknetics have supplied a depth indicator for their Euro-Tek Pro metal detector.
Despite their manual claiming the maximum depth is 9.5 inches the depth indicator reaches up to 8 inches.
Each bar corresponds to a certain depth range, these are:

Knowing these depths will aid the user in finding those metal mementos swiftly and effortlessly. 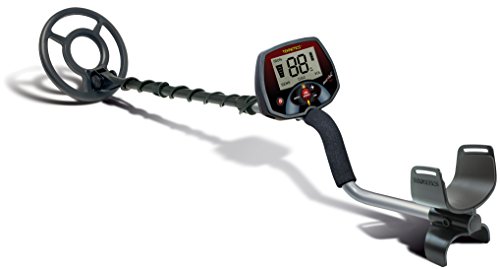 The Euro-Tek Pro metal detector has a colourful control panel.
Red fades to black, whilst blue white and yellow fill in the details around the display screen. These colours add a bit of character to the Euro-Tek Pro, as if they came right from a comic book.

The buttons placed on the control panel are included with simplicity in mind. From left to right there is: a Power button, a Menu button, a Pinpoint button and a +/- button, for option selection.
Teknetics aim to simplify the users life, they have surely done this with such easy controls.

Teknetics have also included a display screen that is uncomplicated in their Euro-Tek Pro model. From left to right the screen shows: in the top left hand corner there is an Iron indicator, below this is the depth indicator and then the sensitivity programme. In the middle are the numbers that identify the target ID of the metals, these numbers also calculate the exact depth in inches or centimetres, below this is the discrimination setting. And finally the top right hand corner homes a battery life indicator and the bottom right hand corner displays the volume setting.

Overall, we’re impressed by the attention to detail Teknetics has given to the Euro-Tek Pro whilst maintaining quality and user friendliness.

What are the Pros and Cons of the Euro-Tek Pro Metal Detector?

Teknetics are leading the metal detector market with new and innovative ideas, other brands could learn a lesson or two from them.
Their mindful consideration of the people who use their metal detectors helps them to become a better business as they continue to refine their manufacturing skills and attention to detail.

The user is at the heart of the Euro-Tek Pro metal detector. It’s made for all kinds of people who are either new or old to the metal detecting scene and for those who may not know how to use a metal detector. Teknetics have really thought of everything.

The Euro-Tek Pro is overall a great metal detector, it may not be able to help you see in the dark but hopefully you’ll be just as impressed as we are with its metal finding capabilities.